Winning a Grand Slam often gives a player the confidence, and a proven formula, to win another. But winning any major is no easy feat. LoveTennis.com looks at the players in the Open Era who’s only Grand Slam title came at the US Open. 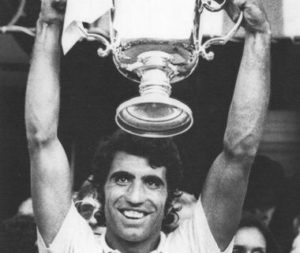 It can be argued that the US Open’s temporary shift to clay courts aided Manuel Orantes. But the Spaniard still had to work his way to the title. The clay-court specialist became the first player in the Open Era to win the US Open after saving match points en route to the final, when he overcame Guillermo Vilas in the semi-final. In the summit clash, he beat top seed and Jimmy Connors in straight sets to win his career’s only Slam.

When 21-year-old Andy Roddick beat reigning World No 1 Juan Carlos Ferrero, it paved the way for the Texas-resident to claim the top ranking. The title would also turn out to be the last time an American man won a Grand Slam title. Roddick did have four more opportunities to add to his major tally, reaching the final of Wimbledon in 2004, 2005 and 2009, and the US Open final in 2006, but he lost to Roger Federer on every occasion. 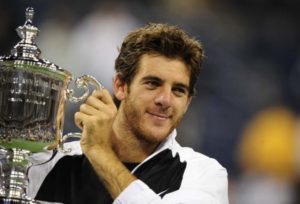 At the 2009 US Open, five-time consecutive champion Roger Federer had reached his sixth final. That run however, was ended by an unlikely – but not underserving – Juan Martin Del Potro. The Tower of Tandil was the sixth seed, and in the semi-finals, denied Rafael Nadal a chance to reach his first ever US Open final. Thereon, the Argentine has been plagued with injuries and has spent a considerable period off-court recovering. He did make the final at Flushing Meadows again in 2018, losing to Novak Djokovic. In June 2019, he suffered a horrific knee injury that still hasn’t seen him return to competitive tennis. 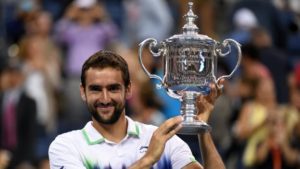 When Kei Nishikori and Marin Cilic beat top two seeds Novak Djokovic and Roger Federer respectively in the semi-finals of the 2014 US Open, a new Grand Slam champion was guaranteed for the first time since the 2008 Australian Open. Cilic though, made quick work of his Japanese opponent to become the first Croatian since Goran Ivanisevic to win a major. Since then he’s reached two more finals, Wimbledon 2017 and the Australian Open a year later, but lost both to Federer.

Learn to serve big with our FREE guide 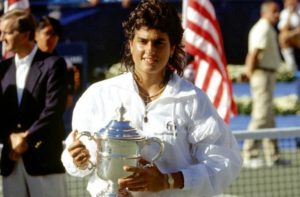 Till date, Gabriela Sabatini is the only Argentine woman to have won a Grand Slam.  Before she did though, she had reached the final at the US Open in 1988, but lost to Steffi Graf. At the same event in 1990, then 20, Sabatini managed to beat the German, who was the World No 1 and two-time defending champion, in what proved to be the only time she’d beat Graf at the majors, and her only Grand Slam title. A year later, Sabatini again lost to Graf in the final of a Slam, this time at Wimbledon. It was the last major final of her career.

ALSO READ: Sabatini pushes Graf to the brink at Wimbledon 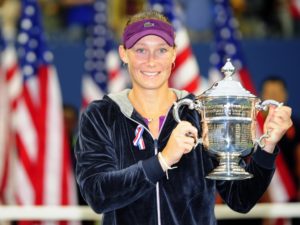 The ninth seed at the 2011 US Open, Samantha Stosur proved to be an unlikely winner of the major. She beat second seed and two-time major finalist Vera Zvonareva in the quarterfinal, and later upset Serena Williams in a straight sets in the final. This was the last time the Australian reached a Grand Slam final — she had lost Francesca Schiavone at the 2010 French Open final.

ALSO READ: Why Sam Stosur revealed her secret to the world 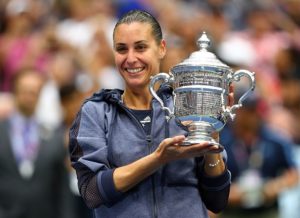 The first ever all-Italian Grand Slam final was contested between two unexpected finalists. Flavia Pennetta was the 26th seed, and her childhood friend Roberta Vinci was unseeded. Both were playing in their first ever major singles final, and Pennetta would go on to win in straight-sets. Then, aged 33, she would announce her retirement during the trophy presentation ceremony.

ALSO READ: Schwartzman slams USTA: ‘They lied to our faces’ 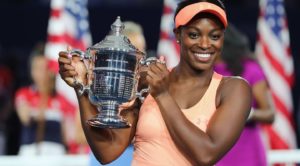 Sloane Stephens became the unlikeliest of winners when she was crowned US Open champion in 2017. In January that year, she had undergone foot surgery and could not walk for a few months. She returned to the tour after 11 months in July, and needed a protected ranking to gain a spot in the main draw at the US Open. En route to the title, she beat five seeded players – Dominika Cibulkova (11) in the second round, Julia Gorges (30) in the fourth round, Anastasija Sevastova (16) in the quarterfinal, Venus Williams (9) in the semi-final, and Madison Keys (15) in the final. This was the first All-American final at the US Open since 2002, and Stephens became the first unseeded player since Kim Clijsters in 2009 to win the title.

ALSO READ: Djokovic has taken an L regardless: Kyrgios

Countdown to US Open: A walk through history