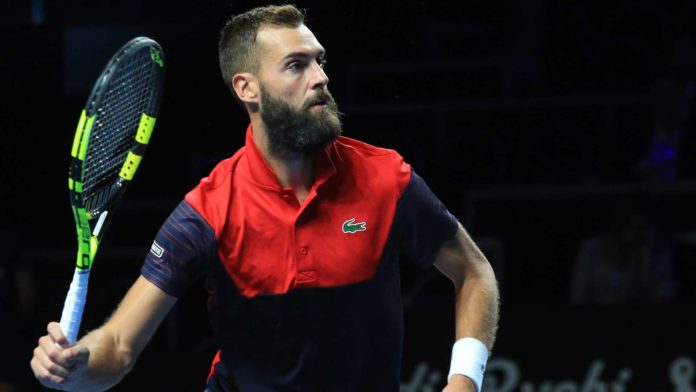 The US Open was dealt another blow as a player tested positive for Coronavirus a day before the start of the Grand Slam. Though the USTA did not disclose the name, French newspaper L’Equipe said that Benoit Paire had tested positive for the virus and had been withdrawn from the US Open.

Seeded 17th, Paire was supposed to play Poland’s Kamil Majchrzak in the first round at Flushing Meadows on Tuesday.

Countdown to US Open: Top contenders for the title

Benoit Paire would have had three negative tests in the US Open bubble before finally testing positive this weekend. A good example of the COVID-19 incubation period and why the player response to the USTA following public health guidelines with Guido Pella was so misguided.

The 31-year-old Paire competed in last week’s Western & Southern Open, the tune-up event to the US Open which was relocated to New York this year. But the Frenchman appeared unwell and pulled out of his first-round match against Borna Coric while trailing 6-0, 1-0.

This edition of the US Open, which is being played in a bio-secure bubble, has made no provision for singles alternates. So, instead of India’s Prajnesh Gunneswaran, who was one out, doubles player Marcel Granollers will take Paire’s place in the draw.

“I don’t think it’s right that they allowed for zero alternates,” said world No 136 Gunneswaran, who had made the trip to the US in the hope of sneaking into the draw of 128.

“In my opinion, if you’re allowing coaches, trainers and physios, why can’t you add five additional singles players to the tournament bubble? We were not able to influence that as players. I know that the ATP asked for it, but the US Open decides when it comes to this. I don’t understand how we as players don’t have enough say in this tug-of-war.”

Ironically, Granollers tested positive for coronavirus antibodies earlier this month. The 34-year-old Spaniard is ranked 151 in the world and will take on Majchrzak in the opening round.

ALSO READ: Schwartzman slams USTA: ‘They lied to our faces’

A lot of top players, both on the men’s and women’s side, had decided to skip the event because of the health and safety concerns. But Dominic Thiem, who was part of the Adria Tour, said that he still has faith in the bio-secure bubble in New York.

“There is no safer place in the world right now than here,” said Thiem.

Countdown to US Open: Breakthrough stars | A walk through history

“Maybe you can lock yourself somewhere in a cave or something, I don’t know, in the middle of the sea. Otherwise it’s super safe here.

“Still something can happen, as you could see with Benoit. We hope that nobody else is infected.”

Countdown to US Open: Top contenders for the title

‘US Open is a joke, right?’ Medvedev fumes