The showpiece event of men’s premier team competition, the 2021 Davis Cup Finals, begins on Thursday, November 25. The Finals were cancelled last year due to the pandemic.

This time, the Finals, which will see the 18 teams competing for the title, will be played across three cities: Madrid, Innsbruck and Turin.

ALSO READ: ‘Younger generation of players not selling the tickets’

Spain had won the title in 2019, when the format of the century-old tournament was changed. As the tournament resumes on Thursday, lets look at some of the star players missing from the Davis Cup Finals:

Top seeds Spain will hope to defend their title in the absence of 20-time major champion Rafael Nadal.

Nadal is still recovering from a foot injury. The 35-year-old has played only one tournament — ATP 500 event in Washington in August– since losing to Novak Djokovic in the French Open semifinals.

Nick Kyrgios, who has brought some of his best tennis while playing in the Australian colours, was eliminated from the team.

Kyrgios, 26, has dropped down to 92 in the world and has a win-loss record of 7-8 this year. He went down in the opening round of the US Open and finished the season with four straight losses.

Dominic Thiem ended his 2021 season in August due to a lingering wrist injury he suffered in June.

ALSO READ: Roger Federer not expected to be back by Wimbledon 2022

The Austrian is expected to return to competition at the Mubadala World Tennis Championships, an exhibition event that will be played from 16th to 18th of December.

Alexander Zverev, who won the ATP Finals on Sunday, decided to skip the Finals because he doesn’t consider it the ‘real Davis Cup.’

Zverev, the Tokyo 2020 gold medalist, opted not to compete in the Davis Cup in 2019 and has opted out of Germany’s six-man squad for this year’s showpiece. 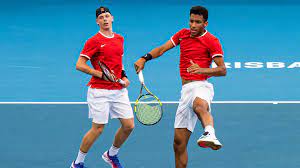 Canada suffered a major blow their top two players, Shapovalov and Auger-Aliassime, withdrew from the Finals.

Shapovalov, ranked, 14 in the world, said: “It’s always a pleasure and an honour for me to represent my country in the Davis Cup, but I need some rest in the offseason.”

Meanwhile, 21-year-old Auger-Aliassime, who broke into the top-10 this year, is out due to injury. 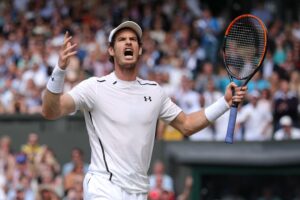 Andy Murray, who is still struggling for form and fitness, did not put his name in the hat for Davis Cup selection.

“I’m not sure I deserve to play in that team,” Murray said in October.
“Cam [Norrie] and Dan [Evans] have had a great year. Liam Broady’s in and around the top 100 now, and we’ve got very strong doubles as well.”

Murray also wants to rest and recovery and get ready for the 2022 season.

Covid-19 strikes French Open on the eve of qualifying

Tsitsipas has to start fighting for Grand Slams: Roddick