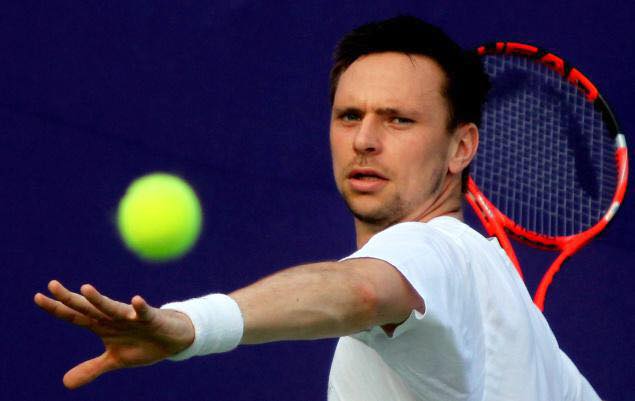 Former Swedish star Robin Soderling opened up about anxiety attacks to Radio Sweden and said that he once ‘googled how to commit suicide’, though without intending to follow through with it.

“Anything was better than this life in hell,” he felt at the time.

Till date, 12-time French Open champion Nadal has lost to only two men in Paris: Soderling and Novak Djokovic in 2015.

Soderling made it all the way to the final at the 2009 French Open, before going down to Roger Federer.

The following year, he defeated Federer in the quarterfinals at Roland Garros, but lost to Nadal in the finals. He reached a career high of No 4 in the world in November 2010.

WIMBLEDON THROWBACK: When Ashe cut Connors down to size

“There were only three players I could lose to,” he said, referring to the Big Three (Federer, Nadal and Djokovic).

“The rest I had to beat them, if not, I would feel bad, a failure, a loser.

“I had constant anxiety, it gnawed at me inside. I sat in the apartment and stared blankly, the smallest noise made me panic. When a letter fell on the doormat, I panicked so much that I fell to the floor. The phone rang I was shaking with fear.”

But he seemed to have hit an emotional wall much earlier.

While talking to the radio station, Soderling cites the 2011 Swedish Open as one of his lowest points.

Playing at home, Soderling had seemingly managed expectations well. He defeated David Ferrer 6-2, 6-2 in the final to win the tournament but the anxiety returned once he went to his home in Monte Carlo.

ALSO READ: Federer ‘best’ even when losing | Rafa, the dominator

“I panicked, I started crying. I was crying and crying. I went back to the hotel and threw myself on the bed, every time I thought about going on the court, I panicked. For the first time I felt that regardless of how much I wanted, I couldn’t, not even if they put a gun to my temple.

“It is very rare to talk about the psychological problems that great athletes have in sports and this is why I wanted to take a step forward and talk about it. To those who dedicate themselves to sport and their entire environment I tell them to train hard and take it very easy.”

Roger Federer knocked off his perch in Forbes rich list

Isner to skip Australian Open due to Covid-19 protocols

Kyrgios to skip US Open