The French tennis player has been counting down to the big day on social media. On July 12, he had posted a photo of himself with the caption, ‘Big week coming ahead.”

On Thursday, he had tweeted a photo of the couple, captioned, ‘Last day as my fiancé.’ Svitolina replied to the post, saying, ‘Last day as Miss Svitolina.’

Svitolina and Monfils have been dating on and off since 2018. They have a joint Instagram account called G.E.M.S life.

The couple had announced their engagement in April. 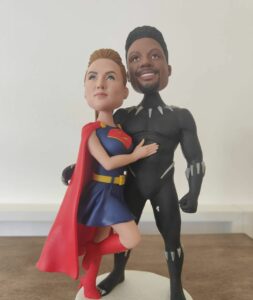 On the court, though, both Svitolina and Monfils have been struggling for form. Monfils, ranked 19 in the world, lost in the second round of his home Slam French Open and fell at the same hurdle at Wimbledon.

Meanwhile, the 26-year-old Ukranian also lost in the second round of Wimbledon and the third round of French Open. She is currently ranked No 6 in the world but hasn’t won a singles title this season.

ABOUT US
In partnership with Top Tennis Training - A hub for tennis fans worldwide, a place where you can follow the latest gossip, interviews, latest match analysis and slow motion footage of your favourite players.
Contact us: lovetennisoffici[email protected]
FOLLOW US
© 2019 All Rights Reserved Lovetennis.
MORE STORIES