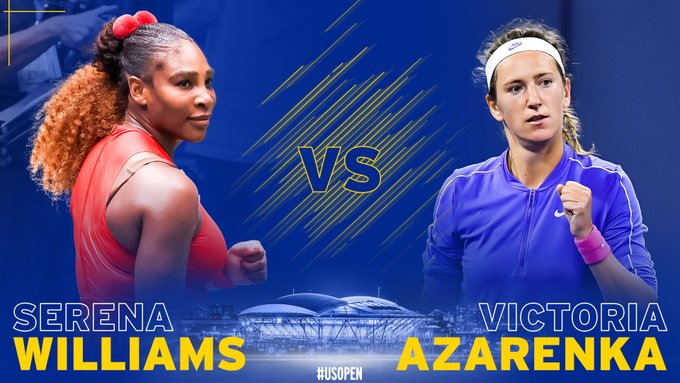 Victoria Azarenka powered to her first Grand Slam semi-final since 2013 with a 6-1, 6-0 win over 16th seed Elise Mertens at the US Open on Wednesday evening. Azarenka will take on fellow ‘supermom’ Serena Williams in the last four.

The 31-year-old Belarussian, who won the US Open tune-up event Western & Southern Open a few days back, has been at her vintage best in New York. She slammed 21 winners past Belgian Mertens to sprint to victory in an hour and 13 minutes.

ALSO READ: ‘No chance Federer would be kicked out like Djokovic was’

“I felt today I really executed the game very precisely,” Azarenka said after the match. “I found all the right answers to everything she was trying to make today and more, so I’m very happy with that today.”

It has been a long and tough road back for two-time Grand Slam champion Azarenka, who gave birth to her son Leo in late 2016.

She was also involved in a custody battle for him and hasn’t quite been at her dominant best since the return to the tour. In the last three years, Azarenka’s best at a major has been a fourth round appearance at the 2017 Wimbledon.

On Thursday, the Belarussian will take on 23-time major champion Serena for a spot in the finals.

“Can it get any better? For me it cannot. It’s an amazing opportunity for me to play against a great champion and my friend.

“I love playing against Serena,” said Azarenka, who has a losing 4-18 record against the American. The two even clashed in the US Open finals in 2012 and 2013, with Serena winning both those matches.

“I think we have one of the best matches – at least that I played in my career – against her. We always played on big stages. It was a lot of big fights. She’s one of the players who push me to the limit, who makes me better.”

Serena has had her share of struggles too on coming back to the tour after childbirth. She was again made to dig deep in the quarterfinal clash against resurgent Tsvetana Pironkova before emerging a 4-6, 6-3, 6-2.

The 32-year-old Pironkova, one of the three ‘supermoms’ who made the US Open quarters, was on a dream run and looked like she would run away with the match, when she went a set and break up.

But Serena fired 20 aces, the most she’s hit in a match over eight years, to get out of a spot of bother. While Pironkova tried to mix things up and kept the 38-year-old American on the run, Serena cleaned up her baseline game and drilled 45 winners to emerge victorious.

ALSO READ: Zverev hits back at Navratilova for ‘Pat-a-cake’ comment

And then there were four. #USOpen pic.twitter.com/SN2kAUFjSA

Since she returned to the tour after the five-month break forced by Covid-19, Serena has played 10 matches and eight of them have gone to three sets. It hasn’t been easy at the US Open, but the American’s bid for a record-equalling 24th major is still alive.

‘Less pressure on Serena Williams at US Open’