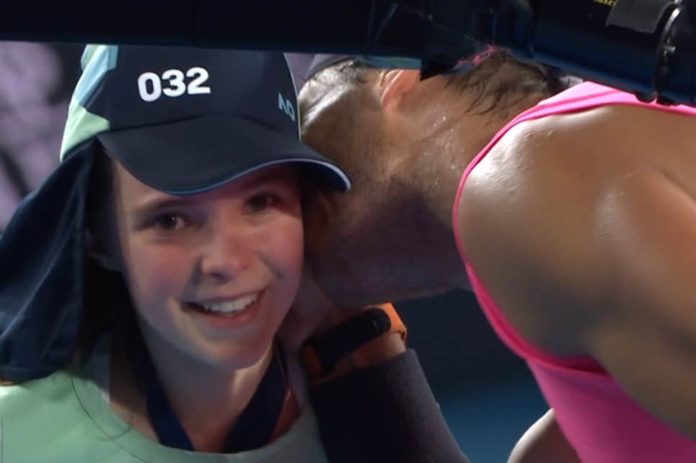 Rafael Nadal delighted his fans as he kissed a ball girl after accidentally hitting her with a tennis ball during his 2nd round Australian Open win over Federico Delbonis.

The world no.1 misguided one of his backhand returns which sent the ball flying straight into the face of the unsuspecting ball girl.

Both Nadal and his opponent quickly went to check on the girl to make sure she was ok and Rafa followed with a kiss on the cheek as an apology.

After Nadal got the expected win he rushed over to the girl and presented her with his sweatband which sent a huge smile on her face.

In the post-match interview Rafa was asked about the incident, he said: “Probably after 15 years, (my wife) doesn’t care (very) much!”

He continued: “(It was) one of the more scary moments I’ve had on the tennis court — the ball was quick, and straight on (her) head.

“I was so scared for her. Very happy that you’re good. You’re very brave, so well done.”